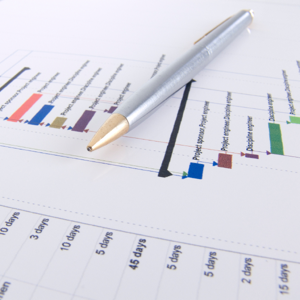 In the usual fashion of academic research, the authors begin with a literature review. They find that much of the research done to date falls into one of two camps those who believe that project management practice is generic and those who don't. Among the latter, they find that very few have studied the extent of variation (or similarities) in project management practices across different organisations and projects. The few who have, are focussed on specific tools and techniques or application areas. The authors claim that theirs is the first work that looks at commonalities and variations in project management practice across a wide range of organisations and project types.

And so, on to their research:

The authors gathered data from over 750 organisations through a questionnaire which elicited the following information:

The respondents were from the following industries:

The data was analysed across the entire population and sub-populations (partitioned by industry, organisational maturity or project type) using two approaches:

The results bring forth some interesting features which are described below.

As far as levels of use in the entire population is concerned, the top five tools are:

The bottom five (in decreasing order of use) are:

The top five tools hold no surprises barring the fact that one of them (Kick Off Meeting) doesn't appear in the PMBOK! The commonly used tools also tend to be simpler to use than the least used ones. The latter are typically used only when there is significant organisational support for them. Another barrier to the use of the least used tools is their complexity: although people may be familiar with them (i.e. they know what the tools do), they may not have the technical knowledge to use them effectively. From my experience and that of others who I've spoken to, the technical complexity of a tool can be a significant limiting factor in its use.

The next part of the analysis - variations of use between sub-populations - directly addresses the main objective of the research: i.e. are practices generic or contextual. Firstly, the authors find that the rank-ordering of tools by level of usage indicates that the most and least commonly used tools are virtually the same across all sub-populations. This clearly indicates that there is a commonality in the way project management is practised across industries, organisations and project types. Having said that, the authors hasten to point out that there are significant differences across sub-populations too. I summarise the main differences in the following paragraphs.

Respondents were asked to rate their organisation's level of maturity on a scale of one to five, akin to the Capability Maturity Model. The authors grouped the responses into two lots: one with maturity scores of two and below and the others with scores above two. They found significant differences in tool usage between the two groups. This included:

That being said, the most frequently and least frequently used tools were found to be virtually the same in all organisations, regardless of maturity level.

The authors split the population into two groups based on dollar value of the project (a rough indication of project size), with the dividing line drawn (arbitrarily) at the million dollar mark. Here again, they found that the pattern of tool use frequency was much the same. The differences were:

Here the authors divided the population into three categories based on product type. These were: Engineering & Construction (E&C), Information Technology (IT) and Business Services (BuS). There are several differences in commonly used tools in each of these. I summarise the authors' salient findings below:

As is clear from the above, the paper covers a lot of ground. As for the answer to the question posed at the start (and in the title of this post): project management practices are generic to a large extent, but there are variations depending, among other things, on organisational maturity, project size and project type.

I've already gone way beyond my normal word limit. However, I should mention a caveat before closing: as the author's themselves note, the paper attempts to tackle the broad question of context dependence of project management practice by looking at a fairly narrow aspect of the practice - i.e. the use of tools and techniques. This is a limitation of the research. Nonetheless, their findings, which are interesting in their own right, vindicate the position that despite variations in specific practices, project management is a generic discipline with a wide range of applicability.

Kailash Awati manages IT development at a multinational in Australia. Over the last several years, he has managed projects at companies ranging from startups to established firms. He has also worked as a business and technology consultant for companies in Europe and the US. On the technical side, he is a seasoned database architect and administrator with wide experience in designing, implementing and administering databases for transactional and analytical applications.

The original article can be found here Are Project Management Practices Generic?

How to Audit Your Construction Site