Are You a Micro Project Manager? 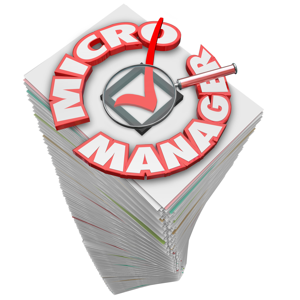 Most project managers are well-versed at decomposition. Project managers are trained to break down complex deliverables into smaller and more manageable parts. These parts then serve as a foundation for costing, scheduling and control. As much as this reductionist approach is essential for project management, there is another side to the coin, often neglected by project managers: the systems theory viewpoint.

Before going any further, we shall define what a system is. A system is a "set of things - people, cells, molecules or whatever - interconnected in such a way that they produce their own pattern of behaviour over time" (Thinking in Systems, 2008). Projects fit into the definition of systems. Projects are complex systems. There is a considerable body of knowledge about systems and the dynamics of systems. This knowledge can, and should be tapped by project managers.

Just by looking at projects through the systems theory viewpoint, we can draw surprising conclusions:

Despite continuing advance in project management methodologies, projects, large and small continue to fail at an alarming rate. There is no single reason for this. However, even here systems theory can lead to some new insights.

One of the reasons complex projects are, well, complex is because they exhibit non-linear behaviour, which usually means that past performance is not a good indication for what is to come in the future. Non-linearity can also indicate that important stocks within the project (for example throughput) can grow exponentially, but then decay as rapidly as it grew, without any warning sign. The unpredictable nature of projects due to non-linearity can be a source of many surprises.

Another source of problems are the multiple nature of limiting factors. When a project manager removes a barrier, which was previously limiting work progress, another barrier can quickly take its place. This is called "layers of limits." When one layer is removed, another one takes its place.

Delays can also defuse project productivity, not only delays in the actual project schedule when compared to baseline, but also delays in information feedback. A delay in feedback can cause a response to be too weak or too late. The same is also true in the other direction: a delayed feedback can cause an unwarranted response, which ends up hurting the project.

Non-linearity, delays, layers of limits…adding to the list is the boundary-less nature of complex projects. There is an old saying stating that everything is connected to everything else. In fact, there are no boundaries surrounding a project, just boundaries of "convenience." This is what the PMBOK calls enterprise environmental factors, a placeholder for everything in the project that we have no control of. One can argue that risk analysis can help eliminate or mitigate the negative impacts from factors outside of the project environment. However, risk analysis is mostly done in the framework of reductionism: each element is analysed separate from the others. The behaviour of dynamic systems such as projects, cannot be predicted from studying each element separated from the others. Behaviour arises from the interconnection of project elements. Thus, one cannot appreciate the risks that a complex project is subjected to, unless one steps away from it and consider the project for what it really is: a system of interconnected elements.

Humans add to project complexity as well. As a matter of fact, humans are complex systems in their own right. Theories such as bounded rationality and tragedy of the commons put in perspective the human behaviour present in projects.

To conclude, much attention is paid to the "micro" management of projects and rightly so. We all know that difficulties arise from details. However, the other side of the coin, the "macro" management, is being neglected by project managers. It is the project manager's best interest to know when to put a project under a microscope, and when to step back and look at it as a whole. System theory can help project managers be more effective in their job.

Who is the Project Manager?

Carrying Out a Feasibility Study: How to Make a Smart Decision