The Evolution of Project Management - Part 2 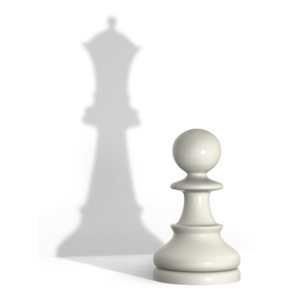 During this time, the evolution of technology, such as, automobiles and telecommunications shortened the project schedule. For instance, automobiles allowed effective resource allocation and mobility, whilst the telecommunication system increased the speed of communication. Furthermore, the job specification which later became the basis of developing the Work Breakdown Structure (WBS) was widely used and Henry Gantt invented the Gantt chart. Examples of projects undertaken during this period as supported by documented evidence include: (a) Building the Pacific Railroad in 1850s; (b) Construction of the Hoover Dam in 1931-1936, that employed approximately 5,200 workers and is still one of the highest gravity dams in the U.S. generating about four billion kilowatt hours a year; and The Manhattan Project in 1942-1945 that was the pioneer research and development project for producing the atomic bomb, involving 125,000 workers and costing nearly $2 billion.

Significant technology advancement took place between 1958 and 1979, such as, the first automatic plain-paper copier by Xerox in 1959. Between 1956 and 1958 several core project management tools including CPM and PERT were introduced. However, this period was characterised by the rapid development of computer technology. The progression from the mainframe to the mini-computer in the 1970s made computers affordable to medium size companies. In 1975, Bill Gates and Paul Allen founded Microsoft. Furthermore, the evolution of computer technology facilitated the emergence of several project management software companies, including, Artemis (1977), Oracle (1977), and Scitor Corporation (1979). In the 1970s other project management tools such as Material Requirements Planning (MRP) were also introduced.

Examples of projects undertaken during this period and which influenced the development of modem project management as we know it today include: (a) Polaris missile project initiated in 1956 that had the objective of delivering nuclear missiles carried by submarines, known as Fleet Ballistic Missile for the U.S. Navy. The project successfully launched its first Polaris missile in 1961; (b) Apollo project initiated in 1960 with the objective of sending man to the moon; and E.I du Pont de Nemours chemical plant project commencing in 1958, that had the objective of building major chemical production plants across the U.S.

The 1980s and 1990s are characterised by the revolutionary development in the information management sector with the introduction of the personal computer (PC) and associated computer communications networking facilities. This development resulted in having low cost multitasking PCs that had high efficiency in managing and controlling complex project schedules. During this period low cost project management software for PCs became widely available that made project management techniques more easily accessible.

Examples of major projects undertaken during this period that illustrate the application of high technology, and project management tools and practices include: (a) England France Channel project, 1989 to 1991. This project was an international project that involved two governments, several financial institutions, engineering construction companies, and other various organisations from the two countries. The language, use of standard metrics, and other communication differences needed to be closely coordinated; (b) Space Shuttle Challenger project, 1983 to 1986. The disaster of the Challenger space shuttle focused attention on risk management, group dynamics, and quality management; and XV Calgary Winter Olympic of 1988 which successfully applied project management practices to event management.

This period is dominated by the developments related to the Internet that changed dramatically business practices in the mid 1990s. The Internet has provided fast, interactive, and customised new medium that allows people to browse, purchase, and track products and services online instantly. This has resulted in making firms more productive, more efficient, and more client oriented. Furthermore, many of today's project management software packages have an Internet connectivity feature. This allows automatic uploading of data so that anyone around the globe with a standard browser can: (a) input the most recent status of their assigned tasks; (b) find out how the overall project is doing; (c) be informed of any delays or advances in the schedule; and (d) stay "in the loop" for their project role, while working independently at a remote site.

An example of a major project undertaken during this period is the Year 2000 (Y2K) project. The Y2K Project, known as the millennium bug referred to the problem that computers may not function correctly on January 1st, 2000 at 12 AM. This was a global phenomenon and was highly problematic because resolving the problem at one's organisation did not guarantee immunity, since a breakdown in the organisation's supply chain could affect the organisation's operating capability. Many organisations set up a project office to control and comply with their stakeholders regarding the Y2K issue. Furthermore, use of the Internet was common practice that led to the establishment of the virtual project office. The goal of this virtual project office was: (a) to deliver uninterrupted turn-of-the-century; (b) monitor Y2K project efforts; (c) provide co-ordination; (d) develop a risk management plan; and (e) communicate Y2K compliance efforts with various stakeholders. Thus, the virtual project office was a focal point for all the project works, and it increased the awareness and importance of risk management practices to numerous organisations.

Sandro Azzopardi is a professional author who writes articles on various subjects on his web site and local newspapers and magazines.