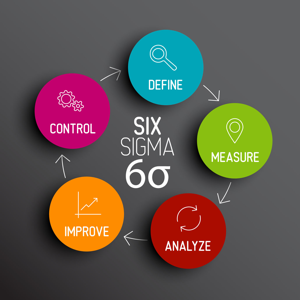 Although one cannot have a project-specific vision right from the very beginning of a Six Sigma initiative, you can develop a comprehensive viewpoint. An all-encompassing viewpoint definitely helps to reach out beyond the scope of the project.

Six Sigma projects need to be selected with care. Select a project only after you have weighed its pros and cons properly. However, this does not mean that you should not attempt to solve the most pressing problems first, just make sure that you have weighed the constraints properly.

If you want to begin your Six Sigma initiative successfully, then follow the tips given below for project selection.

The first thing to remember is that not all projects will help to save the same amount of money. This will help you to realise that you should not only look at the monetary aspect of a project; the other important features are eliminating draconian procedures, improving employee contentment and the promise of producing a good result that induces further improvement in other projects.

Think carefully while deciding about the placement of Six Sigma "belts" and other members of the Six Sigma team. This is the team that will ensure that the organisation stays on the path of success. You should carefully analyse the cost benefits of recruiting black belts from outside as opposed to grooming belts in-house. Whatever the decision, make sure that you earn cost-benefits in the long term and also keep in mind affordability.

For more effective implementation of a Six Sigma project, sub-divide the project deployment in two or three phases. The phases can be strategic, tactical and operational, which will methodologically use and follow statistical tools for taking the imperatives beyond the employee level.

Now that you have identified the project, contemplate the project deployment strategy in the background of both the top and bottom line developments. Once you are done with this, don't start right away with the implementation - instead try to contrast the projected outcome against the set management goals. You should maintain a checklist that will help you to question the strategic steps involved in all phases.

Unless you execute a draft strategy, you will never know what the real strategy will look like. Another formidable tool that involves a collective opinion for the foundation of the project is brainstorming. This is done so that at no point in time can the black belts and the project leaders afford to forget the huge sum of money that has been poured into the project.

Sometimes a project deviates from its track. If the deviation remains undetected, then it can pose a threat to the entire project. In this case, the internal and external Six Sigma auditing team should conduct regular midway auditing and monitoring, to shed light on the problem and its possible causes. Regular detection is essential to keep deployment efforts from straying in undesirable directions.