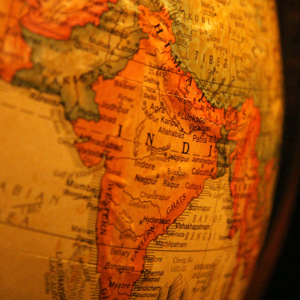 Outsourcing is the process of contracting a third party to do work on the behalf of a client that has neither the skills or resources to perform in-house. It is usually more cost effective to contract out work than to hire someone in to complete the project in question.

The other benefits include being able to perform several parts of the project in parallel, thus reducing time to market. Taking advantage of geographic differences in the cost of implementation in IT projects can also help to bring costs down; outsourcing development to countries such as India and those in Eastern Europe, for example, is a common practice.

The benefits do, however, come with some pitfalls. Chiefly among them is the lack of control that is experienced when outsourcing, and care must be taken to be ensure that the gains in cost and time are not lost in over-managing the outsourcing process.

Involving third parties as brokers in these situations can alleviate this risk. In essence, the project management is outsourced to a middle tier service provider capable of marshalling the best capabilities of the open market.

The Risk of Total Outsourcing

The riskiest path to take is that of total outsourcing; placing the project entirely in the hands of a third party. This may be because the project is so labour intensive or technical that the client is unable to service any part of the project themselves.

Thus, trust is placed in the experts to produce something, which would not otherwise be possible. With that trust comes the additional burden of risk management. The danger is always there that the lack of control will lead to project overruns, and hence higher costs than anticipated.

Since the project is outside the expertise of the client, they can often neither control nor verify that the lack of control is a natural phenomenon. This is compounded by the fact that the contractor could effectively blind the client with the science of the service that they are offering.

In IT projects, this is one of the key risks involved in outsourcing.

The paradox is easily solved; hire staff with equivalent, or related competencies. This avoids all the issues associated with total outsourcing, but can prove to be as expensive as having the project performed in-house.

The alternative is find a project management team with both technical and non-technical skills. If the project to be outsourced is a single project within a portfolio of business activity, then it follows that hiring permanent staff to perform this function is probably going to be out of the budgetary scope of the company.

This is where CoSourcing comes into play. In essence, it is two tier outsourcing, using a third party as a buffer between the highly technical project staff and the (usually) less technically competent client.

The key is in minimising the number of project firsts. The most risk is when the client is outsourcing for the first time, a new project, with technology they have never used before. CoSourcing reduces three project firsts to one.

CoSource provides a single interface to many competencies, enabling an approach that can fulfil the entire project lifecycle. Even if some aspects were not designed to be outsourced, clients can often find that the CoSource model allows them to find economies of scale within the projects as they unfold.

It is a win-win-win situation; the client enjoys superior service while making a significant cost saving, the contractor saves time in communicating with a technically minded project management team, and CoSource can continue to build on a solid base of experience.

How to Build a High-Performance Project Team