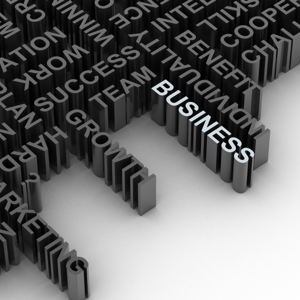 For a long time, IT professionals were apt to believe that ITIL and project management certification (PMP) were conflicting frameworks, and you were either certified in one or the other, but rarely both. The ITIL framework and project management framework both serve different purposes to be sure, but when combined within an organisation, they ultimately create great synergy. The ITIL framework, a lifecycle that addresses the way an IT organisation operates, is first and foremost business driven and answers the question, "Are we doing the right things?" The project management framework addresses the implementation of projects throughout the organisation, requiring that companies ask, "Are we doing things the right way?"

In the US, the Project Management Institute manages the PMP certification which does have overlap with the PRINCE2 project management framework. The PMP certification is based on content contained in the Project Management Body of Knowledge (PMBOK), a book published by the PMI. The PMBOK is organised around nine knowledge areas that are utilised throughout a project's existence.

If you're in the "ITIL and PMP both say too much of the same thing, so why learn both" school of thought, think again. Combining the ITIL framework and the project management framework allows you the ability to execute projects with a higher level of quality, as they both provide a detailed set of instructions on how IT organisations should operate. Despite minor structural differences, the combination of both the ITIL framework and the project management framework can be highly beneficial for any IT organisation, and there is a genuine hope that IT professionals will begin to understand why they need to be certified in both ITIL and Project Management.

While ITIL addresses how IT organisations as a whole should operate, PMP addresses how individual projects within the organisation should be executed. PMP applies to projects throughout the entire organisation not just IT. Both frameworks rely heavily on process and the use of tools to enable consistent execution of processes. The ITIL framework and the project management framework support each other in a way that propels services and operations to a greater level of proficiency.

Furthermore, both frameworks address the need to manage quality, risk, and accountability. Most importantly, however, both ITIL and PMP consistently help improve efficiency and usefulness within the organisation. ITIL describes the ideal end state that an organisation would like to achieve. There are those who believe that if the ITIL framework behaves according to the ideal model, all will go according to plan. Unfortunately, this utopian IT end result is not realistic in the business world - and an organisation must implement a framework that allows for individual projects to be completed over months' time in order to get to the desired end result.

Differences Between ITIL and PMP

As previously mentioned, rather than analysing the breakdown of each project, the ITIL framework examines the whole picture - a key difference. By taking a larger view of services in the organisation as a whole via a lifecycle approach, ITIL sets out to examine service strategy, service design, service transition, service operation, and continual service improvement. Take, for example, an organisation that is building and deploying an email service - on one level, ITIL will evaluate what is needed; PMP will then take this information and further break it down into easier-to-manage increments.

How can ITIL be effectively implemented using the principles found in the PMBOK? I have considered this question several times in my experiences as a PMP and an ITIL Service Manager. Working with organisations to determine the most effective way to implement the ITIL Service Management framework, I have learned that a series of projects that are executed through a Programme Management Office is the most effective way. The challenge is to identify projects that bring measurable, incremental improvements that will help drive organisational change.

The Continual Service Improvement Model of ITIL provides the structure for developing a roadmap for ITIL implementation projects. The roadmap will then allow you to navigate the complex interactions between the processes. Several books have been published on the subject of effective ITIL implementations. Most of these materials are consistent in their approach: start by creating a stable environment where you can control the impact of changes and shorten the duration of outages.

An example of a first step project might be as follows:

Project Scope Statement: Interruptions and diminished quality of services have a negative impact on business productivity. Service Management application tools will allow us to manage outages more effectively and capture metrics that measure the impact of outages. Package implementations of this type require extensive process development prior to deploying software. To this end, we are developing an incident management process in line with the ITIL framework to enable the internal service desk to improve its ability to restore normal service in the event of an outage.

The project management framework will then be used to complete this ITIL-driven project.

Effects on IT Businesses

If you want your organisation to be truly effective, certification in both the ITIL framework and the project management framework will help your company prosper. Implementing various levels of checkpoints along the way ensures that you keep your services up-to-date and performing satisfactorily to meet customer need and demand. Ignoring one framework can make projects harder to carry out, thus wasting much needed time, money and skills.

ITIL and PMP can have a strongly positive impact on how IT departments support the business, organisationally speaking and otherwise. At this point, however, many IT organisations are still slow to understand the power that both the ITIL framework and project management framework (when combined) have on ensuring that projects are finished and implemented in a timely manner. When you choose to integrate two highly efficient measures of accountability and risk management, you choose to have an organisation that not only runs smoothly but is ahead of the competition at every turn in the road.

Paul T. Rice, the Director of Training Services at Fruition Partners, is an IT consultant and professional instructor with over 18 years experience managing large IT projects, developing effective teams, and providing Strategic Consulting and Education services to many Fortune 500 IT leaders globally.

Carrying Out a Feasibility Study: How to Make a Smart Decision