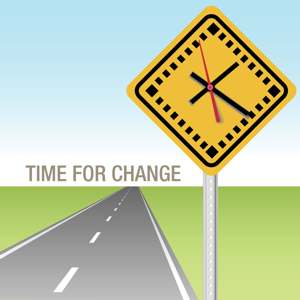 You have a concept, a plan and a team, and now you're about to start your project. But hold on a second: are your objectives coherent, or are you trying to change an organisation in two completely different ways. Are you about to start a Push-Me Pull-You Project?

Let's think about why we try to change things. At a high level, we can identify three dimensions of change, each concentrating on improving a different aspect of an organisation:

These theoretical types provide us with a quick guide as to the coherence of a planned project. In practice the scope of works may wander across these hard boundaries but unless the overall objective can be largely contained in one dimension, then the project executive and team are setting themselves up for future headaches.

How can we measure improvements in productivity if we are also cutting resource levels. Equally, how can we improve efficiency if an organisation is in the midst of changes to their processes and other ways of working in pursuit of productivity?

To resolve this situation pragmatically, we must accept that the project exists to serve the host organisation, so there is little to be gained from refusing the scope of works. But we can structure that work in such a way that we are not trying to push and pull at the same time. The optimum approach is cyclical, where the project implements change in one dimension, validates that change against the original scope and then allows a period of stability before undertaking change in a different dimension.

Alternatively, one can partition an organisation in such a way that different dimensions of change can occur simultaneously - for example in different departments or business units. This approach is attractive in that potentially one can identify a "control group" to be used in an objective comparison of the post-project organisation against original conditions. Evidence-based management of this kind is often difficult to perform in the real world, so the opportunity may be valuable to your project. But take care - weak partitioning will do nothing to ameliorate the risks of multi-dimensional change.

What about other multi-dimensional projects? A capacity/conservation or cost/conservation mix are both at risk from the same failure mode - a tendency to overspend on conservation measures which are by definition a step removed from the core economy of an organisation.

Conservation projects are intrinsically the most difficult to deliver well, since the natural human response to uncertainty is excessive expenditure on the amelioration of unquantifiable but high-visibility risk, even where such expenditure is difficult to justify on purely economic grounds. The key problem is that the benefits associated with conservation projects are bounded above and yet there is no intrinsic upper boundary on the potential expenditure that can be used to achieve them.

The unpleasant possibility of unbounded expenditure does not sit well with productivity or efficiency oriented goals, and there is much less opportunity for goal partitioning. Therefore conservation goals are best scheduled to avoid coinciding with other dimensions of change.

Overall, the message that needs to be internalised by both project owners and projects teams is that, when faced with a complex scope of work, look beyond technical or organisational criteria for structuring the project. The use of stages, as recommended by industry standards such as PMI or PRINCE2, is valid but look beyond the obvious to the fundamental dimensions of change. Consider whether you are trying to simultaneously push and pull an organisation, and look for ways to separate these goals. Don't waste your energy and the goodwill of your customers on Push-Me Pull-You Projects.

James M. Barlow is an IT Consultant based in the UK, with a successful career spanning two decades in the private and public sectors.

Is Your Project Proposal READY?