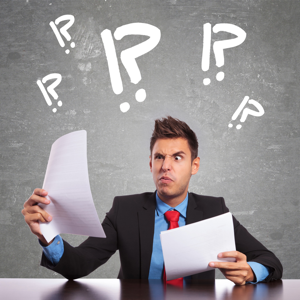 Today, I want to spend a few moments looking at some of the signs a manager is failing. I have met people who do exactly as I describe and, in the process, have damaged their teams and themselves. Far from helping their projects succeed, they have jeopardised their chances of success.

How many of these traits do you recognise in yourself or your colleagues?

1. Wanting to Do Everything Yourself

Showing frustration that you're unable to control every aspect of a project or activity can be disruptive. This comes from a lack of trust and a belief that, if only you could do everything yourself, the project would be run better and guarantee success.

Another sign of a failing manager is ambushing suppliers. Dissatisfaction with suppliers from time to time is not unusual. However, it's less than professional to invite them to a meeting and launch a surprise attack when they're unprepared.

The next sign is arriving late to meetings. This is very disruptive on its own, but worse still is forcing the meeting to start again and wasting everybody's time.

4. Not Trusting Your Team

Similar to our first trait, if you don't have confidence in the people working for you, either you have employed the wrong people or you have trust problems. People should be accountable for their performances. Do you have evidence that people aren't trustworthy?

I don't recall seeing a style of leading by shouting in any management textbook. If you feel frustrated, keep your temper in check and kick the cat when you get home (metaphorically speaking of course). You will lose all respect from your team if you adopt a shouting approach. Usually, it leads to you becoming an object of ridicule.

It's never acceptable to judge people by the way they look and act - anything like 'fat man' or 'stupid woman' are never acceptable for anyone on your team to say. Worse is re-enforcing negative gender or racial stereotypes. This should never be tolerated, and you must deal with any occurrences quickly and decisively.

A sure sign of failing managers is a lack of communication. They become withdrawn and inward looking. Once communications break down, they become more and more frustrated and start blaming people for their shortcomings.

If you recognise any of these traits in yourself, what should you do?

First, think about the impact you're having on other people. Put yourself in their shoes, and ask whether you're helping them achieve the team's objectives.

Next, write a plan that will help you change. If you have become withdrawn and inward looking, how will you communicate more effectively? Perhaps you will decide to attend and contribute to team meetings or make an effort to engage with team members every week.

Then, take stock of progress every week. Have you slipped back to your bad ways? Keep trying. Persevere. It's not easy to change. It will take time to restore the trust of your team. Don't expect an overnight change.

It's time to stop failing and to start succeeding.

The Risky Business of Project Management

Which Life Cycle Is Best for Your Project?