The Secret to Dealing With Difficult People: It's About You 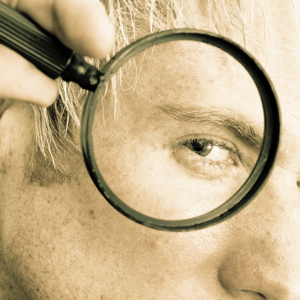 Do you have someone at work who consistently triggers you? Doesn't listen? Takes credit for work you've done? Wastes your time with trivial issues? Acts like a know-it-all? Can only talk about himself? Constantly criticises?

Our core emotional need is to feel valued and valuable. When we don't, it's deeply unsettling, a challenge to our sense of equilibrium, security, and well-being. At the most primal level, it can feel like a threat to our very survival.

This is especially true when the person you're struggling with is your boss. The problem is that being in charge of other people rarely brings out the best in us.

Power tends to corrupt, and absolute power corrupts absolutely, Lord Acton said way back in 1887. There is no worse heresy than the office that sanctifies the holder of it.

The easy default when we feel devalued is to the role of victim, and it's a seductive pull. Blaming others for how we're feeling is a form of self-protection. Whatever is going wrong isn't our fault. By off loading responsibility, we feel better in the short-term.

The problem with being a victim is that you cede the power to influence your circumstances. The painful truth when it comes to the people who trigger you is this: You're not going to change them. The only person you have the possibility of changing is yourself.

Each of us has a default lens through which we see the world. We call it reality, but in fact it's a selective filter. We have the power, to view the world through other lenses. There are three worth trying on when you find yourself defaulting to negative emotions.

The Lens of Realistic Optimism

Using this lens requires asking yourself two simple questions when you feel you're being treated badly or unfairly. The first one is "What are the facts in this situation?" The second is, "What's the story I'm telling myself about those facts?"

Making this distinction allows you to stand outside your experience, rather than simply reacting to it. It also opens the possibility that whatever story you're currently telling yourself isn't necessarily the only way to look at your situation.

Realistic optimism, a term coined by the psychologist Sandra Schneider, means telling yourself the most hopeful and empowering story about a given circumstance without subverting the facts. It's about moving beyond your default reaction to feeling under attack, and exploring whether there is an alternative way of viewing the situation that would ultimately serve you better. Another way of discovering an alternative is to ask yourself "How would I act here at my best?"

This lens requires viewing the world through the lens of the person who triggered you. It doesn't mean sacrificing your own point of view, but rather widening your perspective.

It's nearly certain that the person you perceive as difficult views the situation differently than you do. With the reverse lens, you ask yourself, "What is this person feeling, and in what ways does that make sense?" Or put more starkly: "Where's my responsibility in all this?"

Counterintuitively, one of the most powerful ways to reclaim your value, when it feels threatened, is to find a way to appreciate the perspective of the person you feel devalued by. It's called empathy.

Just as you do, others tend to behave better when they feel seen and valued - especially since insecurity is what usually prompts them to act badly in the first place.

Sometimes your worst fears about another person turn out to be true. He is someone who bullies you unreasonably and seeing it from his perspective doesn't help. She does invariably take credit for your work.

When your current circumstances are incontrovertibly bad, the long lens provides a way of looking beyond the present to imagine a better future. Begin with this question: "Regardless of how I feel about what's happening right now, how can I grow and learn from this experience?"

How many times has something that felt terrible to you in the moment turned out to be trivial several months later, or actually led you to an important opportunity or a positive new direction?

My last boss fired me. It felt awful at the time, but it also pushed me way out of my comfort zone, which is where it turned out I needed to go.

Looking back, the story I tell myself is that for all his deficiencies, I learned a lot from that boss, and it all serves me well today. I can understand, from his point of view, why he found me difficult as an employee, without feeling devalued. Most important, getting fired prompted me to make a decision - founding the company I now run - that has brought me more happiness than any other work I've ever done.

Tony Schwartz is president and CEO of The Energy Project, an organisation dedicated to energising people and companies, offering a detailed blueprint for fuelling a fully engaged workforce. Tony's most recent book, Be Excellent at Anything: The Four Keys to Transforming the Way We Work and Live, was published in May 2010 and became an immediate New York Times and Wall Street Journal bestseller. Become a fan of The Energy Project on Facebook and connect with Tony at Twitter.com/TonySchwartz and Twitter.com/Energy_Project